Monica Hernandez in Hollywood Fl is a bad customer. The explanation of the experience is as follows. She is a really nasty person!

Performer statement: Kids company Miami superhero performer statement about bad customer Monica Hernandez of Hollywood Fl and Pembroke Pines Florida schoolteacher. Worst mistake ever was working for this liar. I stayed 2 1/2 hours at her party, which is 1.5 hours over the paid for time to make her happy and look, she is still complaining. In reality you gotta just feel sorry for people like her who can’t notice smiling children giving Peppa the Pig mascot hugs and dancing for the hour. When she asked for a full refund after I’d did my job for the hour I offered her face painting for the kids if that would make her happy. Monica the school teacher in Broward and bad customer agreed with this. There were a lot of kids, I stayed until they all had what they wanted. This lady Monica Hernandez Hollywood Fl received two services for the price of one, you would think she would be grateful or at least, “Let it Go” as Queen Elsa would say. Peppa the Pig is a joy for young kids, if she wanted to entertain the older kids I would recommend Star Wars, I think she might be related to Darth Vader. I wish I never met this woman and people like this need help with a psychiatrist.

After 2 1/2 hours of doing everything in her ability to make the customer happy and more importantly to give the kids the best possible birthday the woman was still not happy. I told her I had to leave to do a charity event for Dr. at a hospital and she told me that she was a paying customer and more important. I can’t believe she is a school teacher and if this is the way she can behave what is she teaching our kids. She asked me after 2.5hrs to give her the money back.

Sales girl statement: Statement from the salesgirl of the kids company. The customer was looking to hire pep at the pig. She was looking for the cheapest price possible she told me multiple times that she’s called other companies but they were all too expensive. She asked me if I could please do her this favor she didn’t want to spend a lot of money it was a last minute booking so I told her I would have to see if it was possible if I could even get the party covered because it was such last-minute. I contacted the kids company owner to see if it was okay. The owner of the company Sean stated that yeah it’s okay she’s a school teacher and as a favor take care of her the best you can. Make her a priority and try to get her party covered. She is an educator so try to do your best to help her out as I believe she deserves it. It took about four hours on and off to make this event work into the schedule around this one client for her child’s birthday. I gave her the price she asked for and so her child can be happy. At this price the company barely made any money but the owner insisted she’s a educator so take care of her and the owner would take care of me as a salesperson. The client stated to me that the children had a nice time and she thanked me that was the last conversation that we had. She said the party was amazing yet never reached out to me to let me know that there was some sort of problem. To my understanding I thought everything was perfect so I do believe this woman is just trying to get something for free.

Kids company owner statement: I noticed the bad review on March 20 so I made a call reaching out to Monica Hernandez of Hollywood Florida about why she did a negative review on my company without trying to have the courtesy to contact us about her issues at hand. When I learned who did the party which is my top performer who is a wonderful person which I have never received a negative review on her I was very concerned and in disbelief that this could be accurate. Upon talking to my salesgirl she told me that the woman was insisting that she wanted to lower the price several times and then after that she never heard anything else. In speaking to the performer which is a wonderful person overall with hundreds of positive reviews online, my performer stated the client asked several times at the party for her money back.

The kids company owner stated millions of people across the country attempt to extort companies for money or more services by threatening negative reviews. I’ve seen this multiple times with the companies that I own. I see it time and time again with friends of mine that owned their companies. Some people are unscrupulous and will attempt to get anything for free no matter how unethical they are. I deal with prank calls, people stealing games at events, people doing fraudulent chargebacks on their credit cards and people giving us counterfeit money. It’s part of business and dealing with human beings.

In speaking with this woman on the phone on March 20 she insisted I give her money back or the yelp review will stay. What I just noticed on March 20 this evening is now she did another negative review on another platform called Google. Google and yelp both will allow anybody to make a review with on verified documentation proving validity of complaint. However, this technology favors customers no matter how unethical, how internally disturbed they are and overall will allow any angry person to try to swindle companies by threatening with negative reviews. Yelp is accused of extorting bullying businesses. Upon talking to this woman she mentioned over eight times to give her money back after the service was already offered to her and more. I told the woman when you watch a movie if you don’t like the movie do you get your money back? The woman naturally had no response not surprising to me. Every coward that is unethical like this always avoids the light confrontation for me as an owner when I’m simply trying to win a friend. I sincerely spoke to the woman about the event and asked her if she can please remove that horrible review because you are leaving out so many truthful nice facts. What do you think this woman said? She was cold as ice passive aggressive with no answer to my question. The only thing that she seems to think of is money as that may be her God. I as a company owner will not in any way bow down to anyone threatening my company and trying to extort me for money. This woman Monica Hernandez Hollywood Fl whom is a local schoolteacher for Broward schools attempted many times to extort me for money and my employees she is an absolutely horrible person that everybody should know about in South Florida. 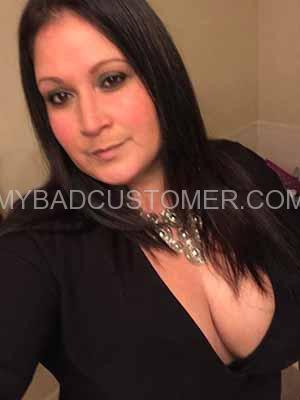 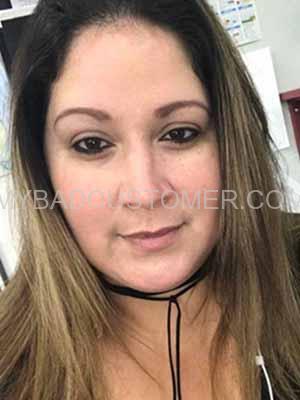